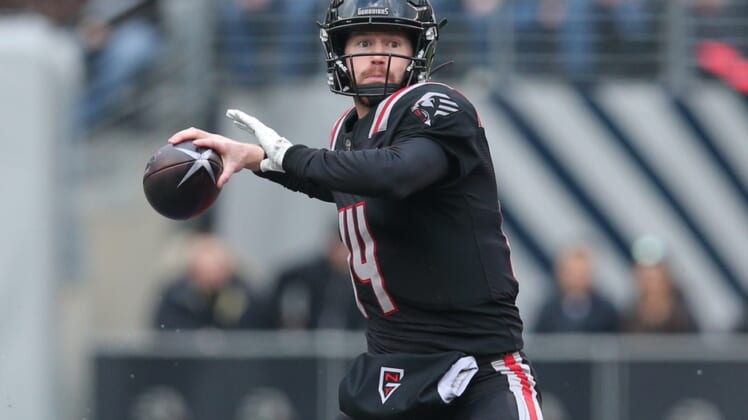 McGloin needed 18 pass attempts to reach 44 passing yards and threw more touchdowns to the DC Defenders than his own team. After his awful performance, including several missed throws to open receivers, McGloin turned the blame to everyone on the team.

McGloin seemed to be in a poor mood for the entire game. After publicly calling out his coaches at halftime then throwing a pick-six to open the second half, McGloin talked to head coach Kevin Gilbride and took aim at his own teammates.

McGloin probably isn’t winning over any hearts or trust in the locker room anytime soon. The Guardians are probably better off giving Marquise Williams or Luis Perez a shot at quarterback. At the very least, they are probably both at least trusted by their teammates.