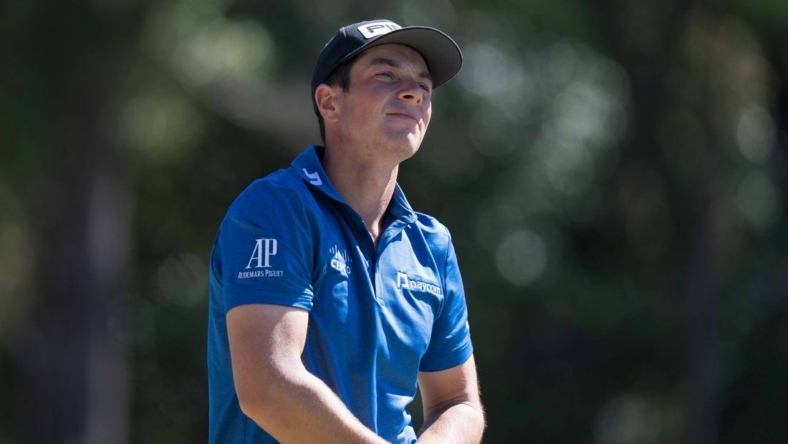 The eighth event of the 2022-23 PGA Tour season will take place in the picturesque Riviera Maya with this week’s World Wide Technologies Championship at Mayakoba.

Scottie Scheffler leads a strong field as he seeks to reclaim the No. 1 world ranking that was wrestled away by Rory McIlroy two weeks ago. The event starts Thursday at El Camaleon Golf Course, and our golf experts provide an event preview along with their best bets this week.

BEST BETS
–World No. 2 Scottie Scheffler (+900 at BetMGM) would regain the No. 1 ranking with a win or solo second place this week. His odds shortened after opening at +1000 with 7.7 percent of the winning handle backing him, third-most at the sportsbook.
–Hovland (+1100) has won all three of his PGA Tour titles outside of the United States, with his other coming at the 2020 Puerto Rico Open, and also won last year’s Hero World Challenge in the Bahamas. He has finished T5 and T21 in two previous starts this season, but his odds lengthened slightly after opening at +1000.
–Collin Morikawa (+1600) is making his tournament debut and third start of the season. He said this week that “he came here to win” and that “the game’s feeling good.” He is BetMGM’s third biggest liability this week as he is third in total tickets (6.7 percent) and second in money (8.1 percent) backing him.
–Tony Finau (+1800) is making his season debut. He’s coming off a length break but has two wins and four top-10s in his past five starts. Finau’s odds opened at +2000 but he is now the sportsbook’s second biggest liability as he leads the field with 8.6 and 10.8 percent of the action, respectively.
–Emiliano Grillo (+3300) will make his eighth consecutive event start and has three previous top-10s. He also has a pair of top 10s in five starts this season. That has led to Grillo being the biggest liability this week with 8.0 percent of the tickets backing him after opening at +4000.
–Tour rookie Thomas Detry (+4000) is coming off a solo second place in Bermuda and is No. 7 in the FedEx Cup standings.
–Seamus Power (+5000) captured his first PGA Tour title last week.
–One BetMGM bettor placed five separate $2,000 wagers: Tom Hoge (to win $60,000), Brandon Wu ($200,000), Kenny Yu ($180,000), Matt Kuchar ($100,000) and Danny Lee ($450,000).

NOTES
–Hovland is seeking to become the first player to win the same PGA Tour event in three consecutive years since Steve Stricker at the John Deere Classic from 2009-11. He set the tournament scoring record of 261 in last year’s win.
–The winning score at Mayakoba has averaged 20 under since 2013.
–Two of the par-3s at El Camaleon Golf Course ranked among the five easiest on Tour last season, and the last three times a player has made a hole-in-one on the first hole of a tournament have come on No. 10.
–The four players from Mexico in the field are each competing on a sponsors invite: Isidro Benitez, Armando Favela, Jose de Jesus Rodriguez and Sebastian Vazquez.
–Other sponsors exemptions include Harry Higgs and University of Texas star Travis Vick, who is sixth in the PGA tour University Ranking. Vick, who finished T43 at this year’s U.S. Open, will also tee it up at next week’s Houston Open.