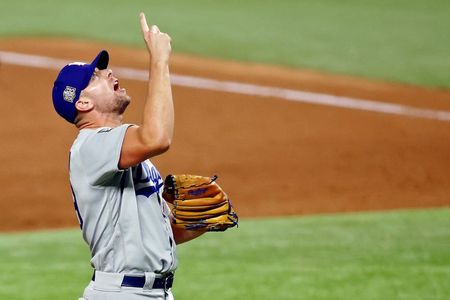 The Los Angeles Dodgers’ run to the championship was the least-watched World Series in history, according to figures released by Nielsen Media Research.

The six games on Fox averaged a 5.2 rating and 9.8 million viewers, down 32 percent from the previous low. That came in 2012 when an average of 12.7 million people watched the San Francisco Giants sweep the Detroit Tigers. That series drew a 7.6 rating.

The clinching Game 6 on Tuesday night drew 12.6 million viewers, the high of the series. The Dodgers beat the Tampa Bay Rays 3-1.

Despite the low viewership, Fox easily won the night on Tuesday, with the World Series drawing more viewers that NBC’s tandem of “The Voice” and “This Is Us.”