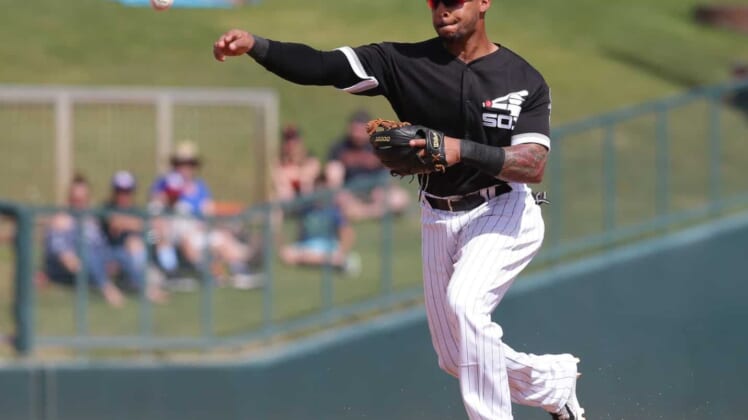 You are what your record says you are. You’ve likely heard that expression in the sports world before, and more often than not, it’s true. But there are exceptions. One very notable exception is the Chicago White Sox, who have now defied that logic in each of the last two years, albeit in two completely different ways.

At 78-84, the White Sox had baseball’s 12th worst record in 2016. But to say that 11 teams had more disastrous, embarrassing seasons than the one experienced on Chicago’s South Side would be wrong.

The White Sox got off on the wrong foot in 2016 when Adam LaRoche announced his sudden retirement. It was later revealed that LaRoche’s retirement came after he had been told that his son couldn’t be with the team everyday. Chris Sale was clearly on LaRoche’s side.

Sale’s frustration with management manifested itself late in July. When his request to not wear uncomfortable throwbacks during one of his starts was denied, Sale took a knife to each and every one of those throwbacks, making them unwearable. It was simultaneously one of the most bizarre, fascinating, and even funny stories of the season. 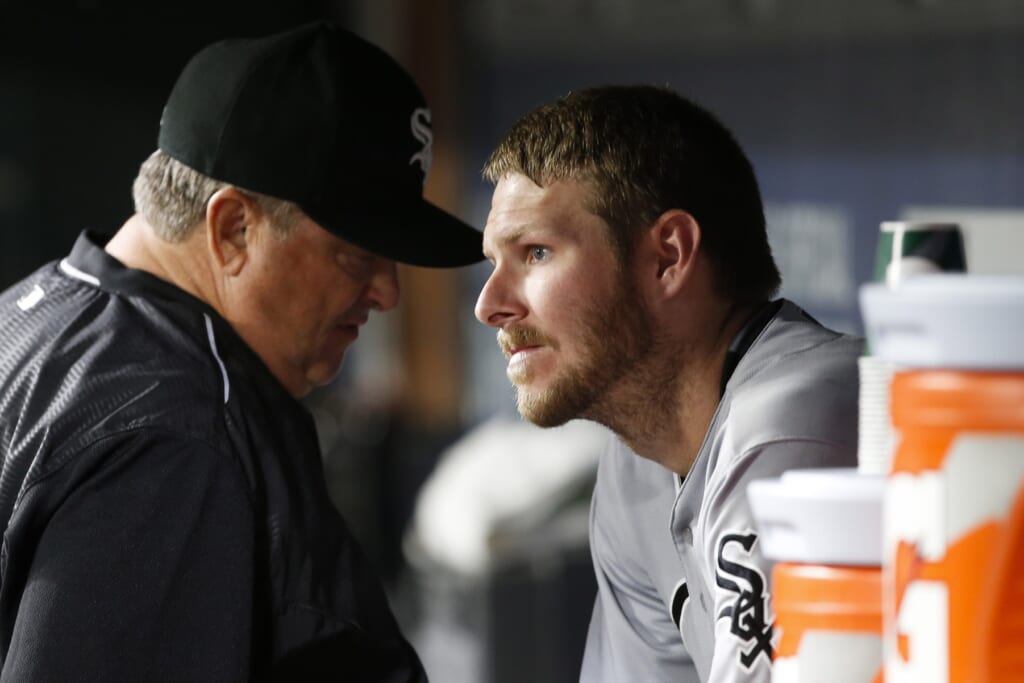 Sale deservedly bore the brunt of plenty of criticism for that, but it left something abundantly clear — the White Sox were a mess. They could not have been much different than the crosstown Chicago Cubs, who were in the middle of a 103-win season that would end in a World Series championship.

In 2017, things have changed. It’s not showing in the record yet. Chicago finished the first half at 38-49, the fourth-worst record in the league.

But to say that 26 teams have been more successful that the White Sox would be way off base. In fact, to say that more than 4-5 teams have matched Chicago’s success in 2017 would be something of a stretch.

The White Sox currently own the rights to nine of the top 68 prospects in baseball (per MLB.com). Here’s the real kicker. This isn’t the byproduct of a farm system that the South Siders have been building for a few years. No, the overwhelming majority of these prospects have been acquired since the Sale jersey incident.

It’s an embarrassment of riches that starts with Yoan Moncada, MLB’s No.1 overall prospect. He was acquired along with flamethrower Michael Kopech (MLB’s No. 11 prospect) from the Boston Red Sox for Chris Sale.

Another player that Chicago dealt was outfielder Adam Eaton. In exchange for Eaton, the White Sox landed pitchers Lucas Giolito (no. 28 overall) and Reynaldo Lopez (No. 36 overall). That may not be Kris Bryant (as they reportedly wanted), but it’s a darn good haul. 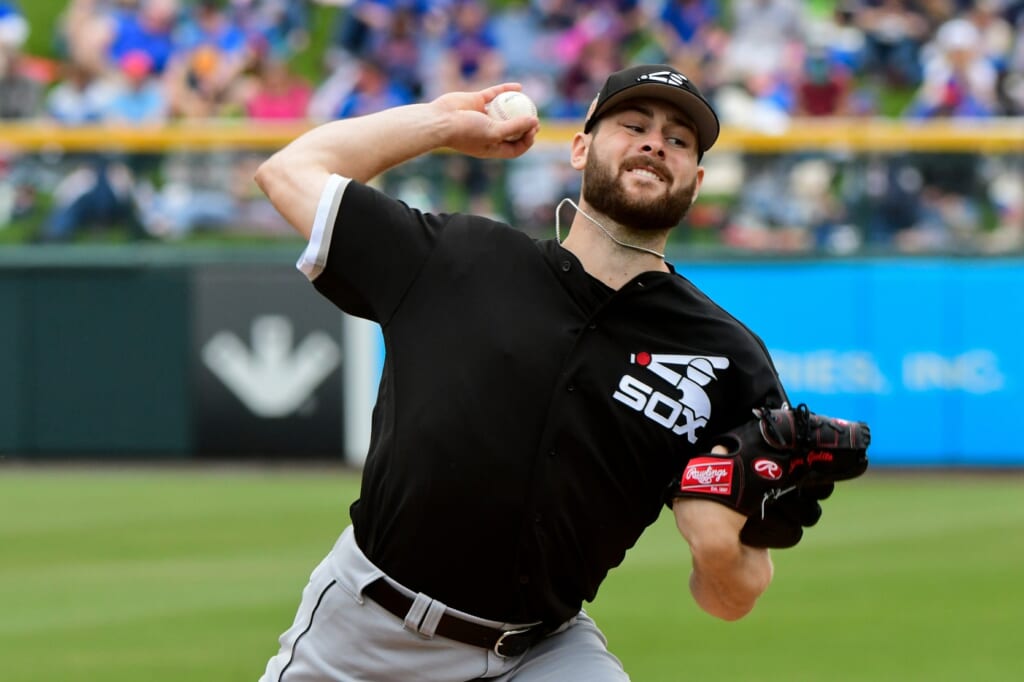 For those of you scoring at home, that’s two MLB players for four top 36 prospects. If Chicago stopped there, it would be well on its way to a successful rebuild. Of course, the White Sox didn’t stop there. Not even close.

Most recently, Chicago acquired Eloy Jimenez (No. 8 overall) and Dylan Cease (No. 63 overall) in a trade for Jose Quintana. In May, the Sox signed Luis Robert, a 19-year-old Cuban phenom and baseball’s No. 23 prospect. Those players were all added in addition to Carson Fulmer (no. 59 overall) and Zack Collins (No. 68 overall), both of whom were already with the organization.

That’s just a ton of talent that could make its way to the majors soon.

Now, the more skeptical among you is probably thinking, “Sure, they’re great prospects. But prospects don’t always pan out.”

In truth, there’s absolutely no arguing that point.

But we’re not only talking about nine in the top 68. We’re talking about four in the top 25 and six in the top 40. Sure, some of those guys may not pan out or at least develop into stars. But with the volume of elite prospects that Chicago now has, at least a few will. This is especially true with the more advanced guys like Moncada, Kopech, Giolito, Lopez and Fulmer. If you advance through the minors and succeed at every level, chances are that you’ll eventually be at least quite valuable in the show.

What does this all go to show?

Well, as we established, you’re not always what your record says you are. Sometimes you have to look a little deeper.

But this is something to consider if you’re a fan of a team that presently looks to be in a hopeless situation. Look at how quickly things can change.

On July 23, 2016, the White Sox were hopelessly dysfunctional. The team was just bad, and regardless of what you think of Sale’s actions, Chicago’s front office was clearly not on the same page as its players. That was abundantly clear.

By July 13, 2017, nine of the game’s best players were White Sox commodities and they may not even be done. This now looks like one of baseball’s strongest organizations, and within a few years it could very well be one of baseball’s best teams.

Only, they didn’t go through a brutal “process” like the NBA’s Philadelphia 76ers, whose fans were asked to support a team that couldn’t even manage 20 wins in a season. Chicago’s floor wasn’t as low as the Houston Astros, who are now one of the league’s best teams but suffered through seasons of 106, 107, and 111 losses from 2011-2013.

The White Sox haven’t been good for a while, but they always managed to be average-to-below average. The general notion in sports is that if you’re mediocre, you’re not good enough beat the good teams and not bad enough to get the top draft picks that the bad ones get. Somehow, the White Sox have found a way around that model.

If you have a front office that is willing to go outside of the box, many of the preconceived notions that run through sports can be challenged. Chicago is proving that now.

The White Sox have been mediocre for a while and are bad this year. But before long, the South Side of Chicago is going to be home to some very good baseball. Even 365 days ago, that was not even fathomable.