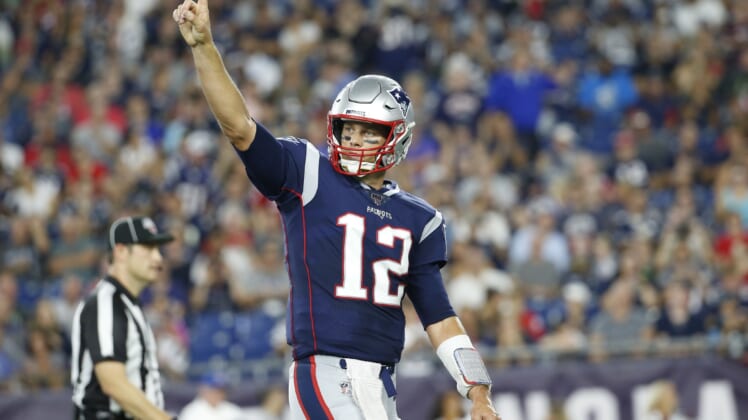 There was some question regarding the start of free agency around the NFL world this coming March due to the COVID-19 pandemic. We have no idea whether the season will end on time with the Super Bowl being held on February 7.

We now have confirmation form the league that free agency around the NFL world will open March 17. This means teams will have to designate franchise tag players and get under the cap ahead of free agency. Technically, it’s the start of the new NFL league year.

When the season comes to an end, the NFL knows how to keep its fan base entertained. The NFL offseason is a special time of year between the NFL Draft and free agency with fans from across the country hopeful that their team will make big moves. So when does NFL free agency start? We’ve got your answer.

Of course, the weeks leading up to the start of NFL free agency lead to plenty of rumors and speculation. As football fans anxiously wait for the 2020 NFL offseason to officially kick off, reports of potential signings and blockbuster trades grab everyone’s attention. Fortunately for NFL fans, free agency is right around the corner.

While discussions between the NFL and NFL Players’ Association regarding a new collective-bargaining agreement hang over the start of free agency, it won’t impact the start of the new league year. While a new CBA could lead to teams spending even more money this offseason, fans will still get to enjoy a fun NFL free agency period even without it.

Now let’s dive into when NFL free agency starts and prepare football fans with what they need to know before the free-agency frenzy kicks off.

It’s worth noting that while the legal tampering period is March 16, NFL teams have discussed contracts with free agents before then. It’s the reason why when the new league year starts, NFL fans will be treated to a flurry of big signings at the start of free agency.

Who are the top players available in free agency?

While the franchise tag will remove some of the top talents from the free-agent market, there will still be plenty of big names for teams to pursue. Whether your favorite team needs a quarterback, a playmaker on offense or any impact defender, there will be plenty of options available. We’ve also got some exciting bold predictions that would shake up the NFL offseason.

Given all of the top free-agent talent available, we’re expecting plenty of surprises this offseason. There are a plethora of players available in free agency and just as many teams with money to spend.

What NFL teams have the most cap space?

There are still plenty of moves left for NFL teams to create more cap space. As of now, though, a few teams are in the best position to spend like crazy in free agency, per OvertheCap.com.

There will be plenty of teams active in free agency, although the Atlanta Falcons ($4.3 million, Pittsburgh Steelers ($1.58 million) and Minnesota Vikings ($1.38 million) will far more quiet because of their lack of cap space.

What about the NFL Draft?

The NFL’s offseason schedule sets up perfectly for teams and football fans. After a few weeks of exciting moves and big signings, the league will jump right into the 2020 NFL Draft.

The Cincinnati Bengals will officially be put on the clock with the No. 1 overall pick at 8 pm. EST on April 23. From there, NFL teams will spend the next three days making moves, addressing needs and drafting some of the league’s future stars. Until the moment arrives, fans can enjoy the latest 2020 NFL mock draft as a potential preview of everything that could unfold.