WATCH: Yadier Molina comes up in the clutch 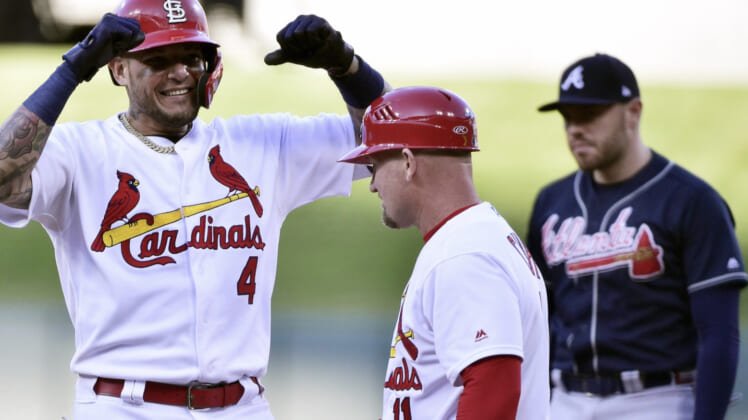 His St. Lous Cardinals were facing elimination squarely in the face during Game 4 of the NLDS against the Atlanta Braves Monday afternoon.

This time, he came up with a single off Shane Greene to plate Paul Goldschmidt and tie the game up.

It’s not like this is anything new. Molina has come up big time and time again during his brilliant 16-year career with the Cardinals. It’s a career that has included nine All-Star appearances and two World Series championships.

It really is something else.