WATCH: XFL player gets ejected for throwing a punch, signs autographs on the way out 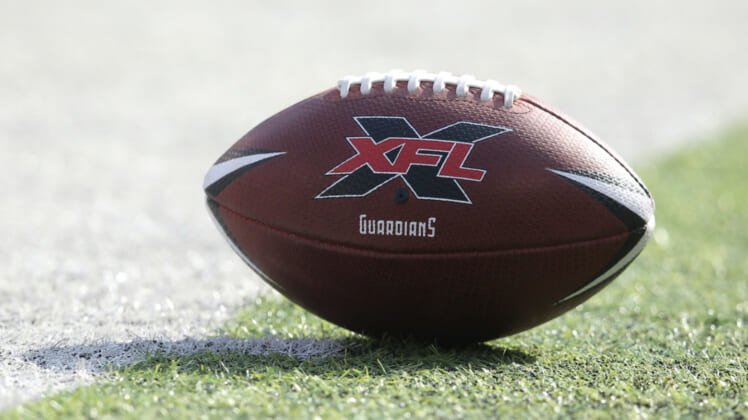 The XFL launched to give fans exciting football in the spring and an entertaining experience they’d always remember. That’s exactly what happened on Saturday when Houston Roughnecks linebacker DeMarquis Gates recovered the game-sealing fumble and was then ejected from the game for throwing a punch in the pile.

As the Seattle Dragons closed in on a potential game-tying touchdown in the final minutes, Houston’s defense stepped up with a strip-sack to knock the ball loose. Gates recovered the football at the bottom of the pile, giving Houston the football back to put the game away, but he was ejected for punching an opponent.

Whereas most players in that moment would be escorted by security into the tunnel, Gates hung out by the stands and started signing autographs for fans. He still had the recovered football in his hands, before briefly setting it down so he could sign shirts from the home fans.

It’s not often you see a player create a turnover and get ejected on the same play. For that to happen and then to see that same guy signing autographs on his way to the locker room, that’s probably the type of wild and entertaining moment that the XFL and fans love.