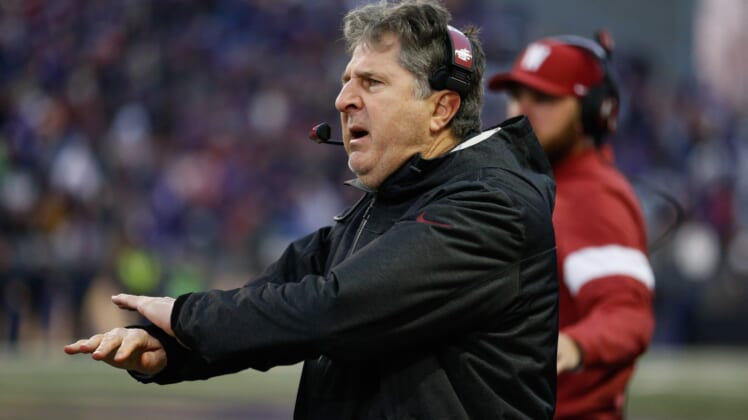 Mike Leach and the Washington State Cougars lost their seventh straight Apple Bowl to Washington on Friday, and afterward the coach predictably was in a foul mood. During his post-game press conference, Leach was asked a question he didn’t like and proceeded to rip into the reporter who asked it.

Leach said that recruiting had something to do with losing to Washington seven straight times. After that, he was asked by Jon Blanchette about being able to beat teams with bigger recruiting classes, and that’s when Leach snapped.

The coach called Blanchette a “sanctimonious troll,” among other things, and attacked his writing.

Now, it’s hardly surprising that Leach had a moment here. He’s known for his unique commentary on football, and everything else in life.

Still, what the reporter asked him about was hardly outside the lines. He had no reason to react in that way, other than just being upset about his team’s performance, and the program’s performance as a whole this year.