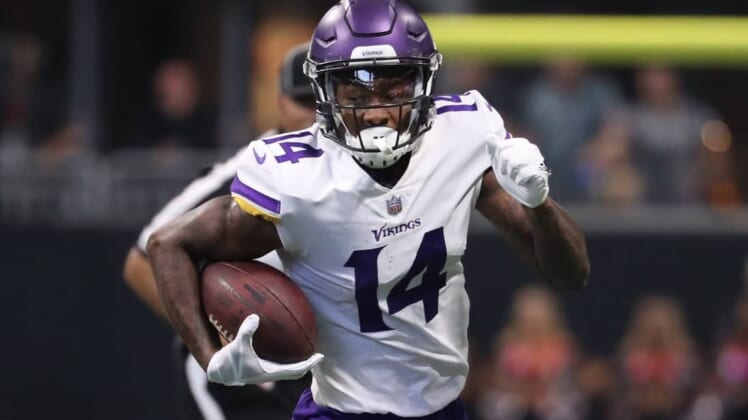 The Minnesota Vikings held a 13-10 lead against the Saints in their NFC Wildcard matchup Sunday afternoon.

Despite said lead, star receiver Stefon Diggs did not see a target through the first two-plus quarters.

After a Kirk Cousins pass to Bisi Johnson on third down in the third quarter fell incomplete, Diggs decided it made sense to throw a fit. It was obviously targeted at Cousins.

This is in no way a good thing. It’s also something we saw happen a lot earlier in the season when Diggs was having an issue connecting with Cousins.

The hope for Minnesota is that it’s not going to impact the team moving forward in this game and potentially heading into next week against the 49ers should Minnesota come out on top here.