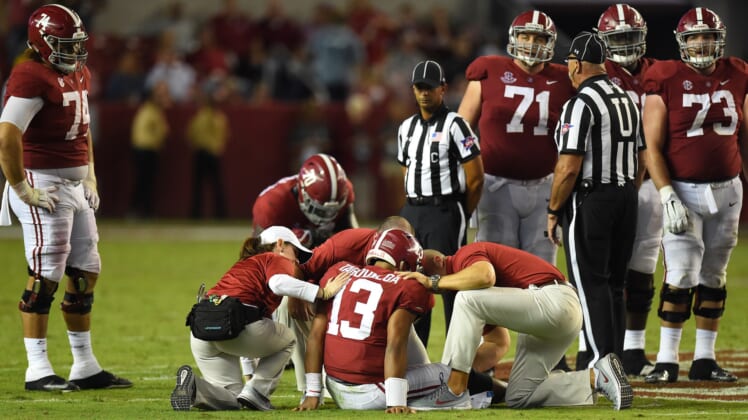 During the second quarter of Saturday’s matchup against Tennessee, Alabama quarterback Tua Tagovailoa was tackled and suffered an apparent ankle injury. He was forced out of the game, limping to the sideline, where he was then taken into the medical tent for attention.

The injury appeared to be one in which Tagovailoa’s ankle got rolled up under the defender who was dragging him down from behind.

After being examined in the medical tent, Tagovailoa was taken to the locker room for further evaluation.

In his place, Mac Jones took over under center.

Remember, last year Tagovailoa suffered an ankle injury that ended up being significant and cost him a shot at winning the Heisman Trophy. Let’s hope this injury isn’t as severe.