WATCH: Trae Young crosses over before hitting from logo 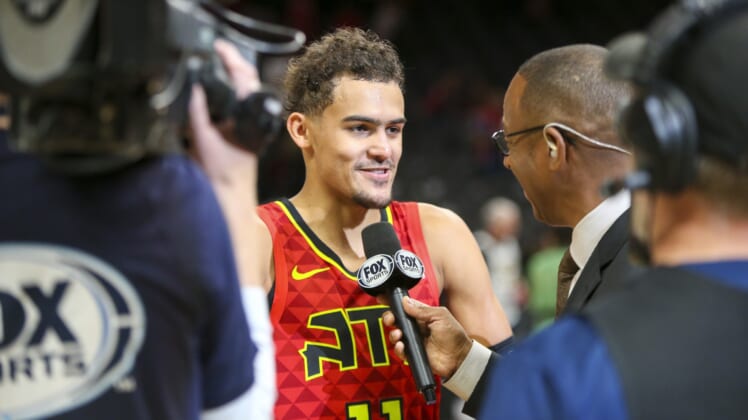 Atlanta Hawks stud sophomore Trae Young never ceases to amaze. Off to a crazy start to his second season, the all-everything guard showed us early on Monday just how dominant he can be.

Check out Mr. Young crossing over as he passes half court against the Philadelphia 76ers before swishing a three-pointer from darn near the logo.

This is not fair. It’s something that we have only become accustomed to from the likes of Young and Stephen Curry, among a few others.

For those old-school folks, it’s not the way basketball should be played. For those of us who love to watch beauty in motion on the basketball court, this is absolutely everything.

Speaking of that, Young entered Monday’s game against the Sixers averaging 38.5 points on 55% shooting from distance while grabbing seven rebounds and dishing out nine assists.

Yeah, this dude is pretty good.