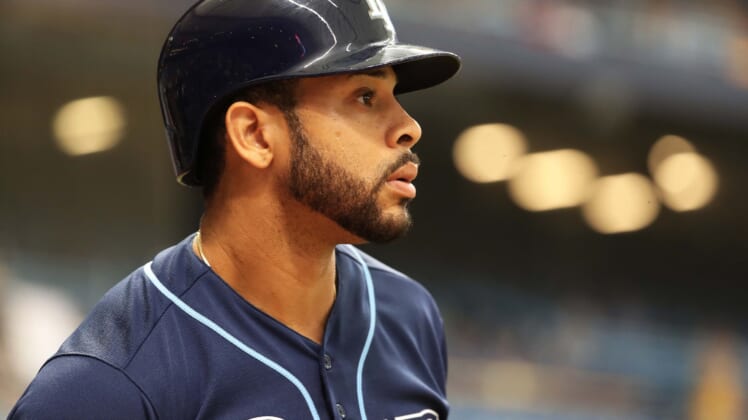 The Houston Astros decided to pitch Justin Verlander on three days’ rest against the Tampa Bay Rays in Game 4 of the ALDS on Tuesday.

It did not start out too swimmingly for the future Hall of Famer. After getting Austin Meadows to open the bottom of the first, Verlander gave up a rocket of a blast to Tommy Pham to fall behind 1-0.

It’s not too often that you see a Verlander change up leave the park at 108 MPH and traveling 409 feet, but that’s exactly what happened early in Game 4.

Tampa Bay is looking to stave off elimination and force a Game 5 in Houston on Thursday. It’s looking good thus far.