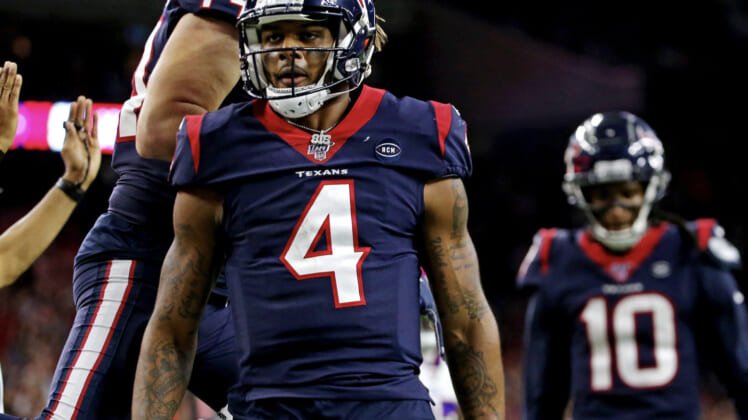 Houston Texans quarterback Deshaun Watson has that clutch gene. He showed us this at Clemson.

He’s shown this thus far in the NFL. The Buffalo Bills found it out in overtime of Saturday’s AFC Wildcard game.

Facing a second down from Buffalo’s 44 late in overtime and the game tied at 19, Watson broke two would-be sacks in the backfield and found a way to connect with Taiwan Jones to set up the game-winning field goal.

It’s a play you will not believe until you see it. It’s a play that will be talked about for generations.

It’s pure magic. There’s no other way to go about it. This Deshaun kid is something else.

Not only did he make this game-winning play, Watson led the Texans back from a 16-0 second-half deficit. That included a 20-yard touchdown run.

Never. Underestimate. The. Heart. Of. A. Champion.