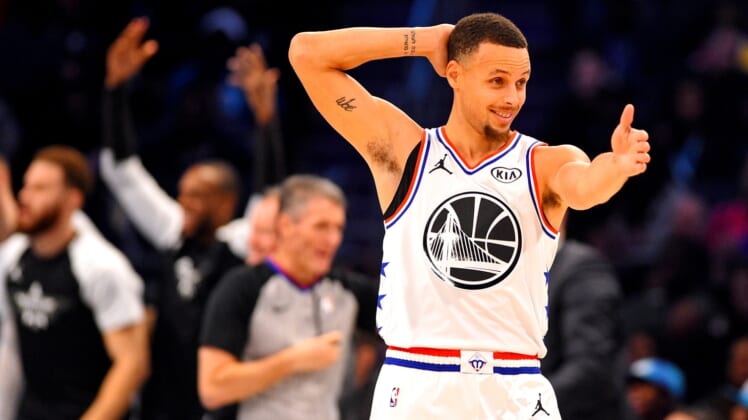 Up by just two points with under a half-minute left to play in Game 1, Stephen Curry delivered a dagger three-pointer that sunk the Houston Rockets.

Curry crossed up his defender and launched. Not surprisingly, it went right into the bottom of the net.

It had been a pretty quiet game for the Golden Warriors star until this shot.

Just a bit later as Houston attempted to come back with just four seconds left on the clock, Chris Paul barked at one of the refs and was tossed from the game after having earned a technical late in the third quarter.

This series figures to be quite heated throughout. These teams came into the playoffs as established rivals, and there were plenty of contentious moments during Game 1.