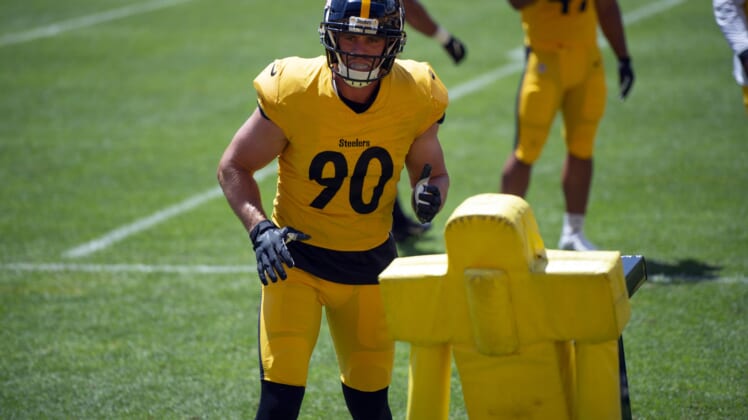 He might not be as well known as his older brother. In no way does that mean Pittsburgh Steelers edge rusher T.J. Watt isn’t already one of the best defensive players in the NFL.

Check out Watt drop back in coverage from his normal pass-rush position, picking Jones off in the process.

This might seem like a basic play in the grand scheme of things. That couldn’t be further from the truth. Watt read exactly where this play was going. He reacted accordingly, completely fooling Jones in the process.

In a sign that he’s as impactful as any defensive player in the NFL, Pittsburgh would turn this turnover into a touchdown to move the game within 10-9.

A first-round pick of the Steelers back in 2017, the 25-year-old Watt recorded 70 quarterback hits, 36 tackles for loss, 34.5 sacks and 15 forced fumbles in his first three NFL seasons. He’s a top candidate for Defensive Player of the Year in 2020.