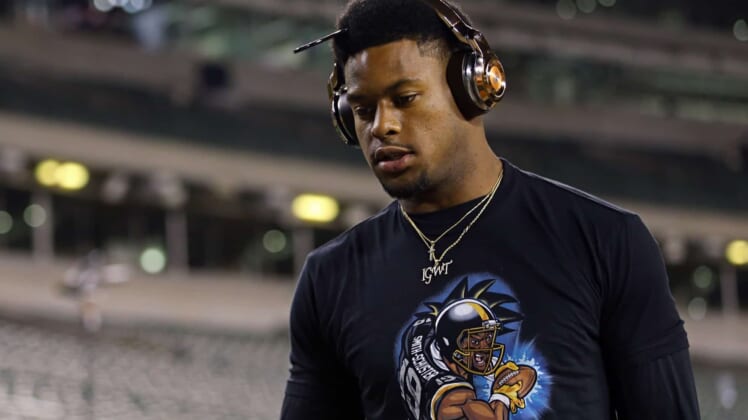 Second-year Pittsburgh Steelers wide receiver JuJu Smith-Schuster is in a darn good mood during the early stages of training camp this summer.

Fresh off an offseason in which the former USC standout connected with fans at pretty much every stop, Smith-Schuster is out here dancing with young Steelers fans during camp.

Now, that’s amazing stuff. One kid could be overheard saying, “did you see that?”

At 21 years old and with the talent to match his genuine personality, JuJu is going to be the face of the Steelers before too long. Seeing him interact with young fans is pretty awesome stuff.