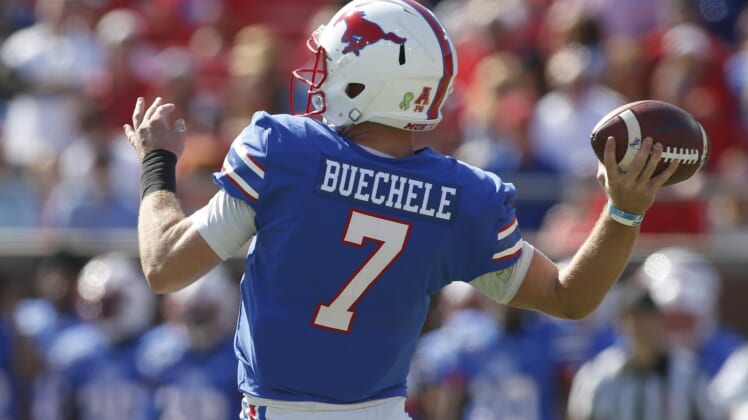 SMU quarterback Shane Buechele was trying to stop Rashad Smith from scoring on a fumble-six when he accidentally trucked a ref.

The moment took place late in the third quarter, as Buechele just ran the poor guy over.

This isn’t the first time we’ve seen a quarterback run through a ref like he didn’t exist this season. But for Buechele and the Mustangs, this play typified what’s been a brutal day.

Smith’s defensive touchdown put Florida Atlantic up 42-14 in a lopsided blowout in favor of the Owls.