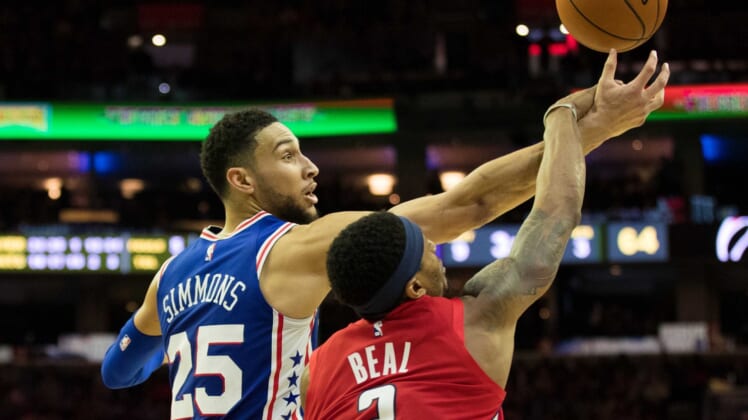 Words that you do not want to hear relating to a basketball player or any other athlete for that matter.

Philadelphia 76ers star Ben Simmons left Wednesday’s game against the Washington Wizards with what appeared to be a non-contact knee injury in the second half. You can watch the play here.

As you can tell, Simmons was limping his way into the Sixers’ locker room in Orlando after suffering the injury.

The good news is that there doesn’t appear to be any immediate swelling in the knee after Simmons was checked out. The bad news? Non-contact knee injuries represent those that tend to be the most severe.

We’ll have further updates on Simmons’ injury once Philadelphia’s game against the Wizards concludes Wednesday evening.