WATCH: Saquon Barkley with the most insane nine-yard run ever 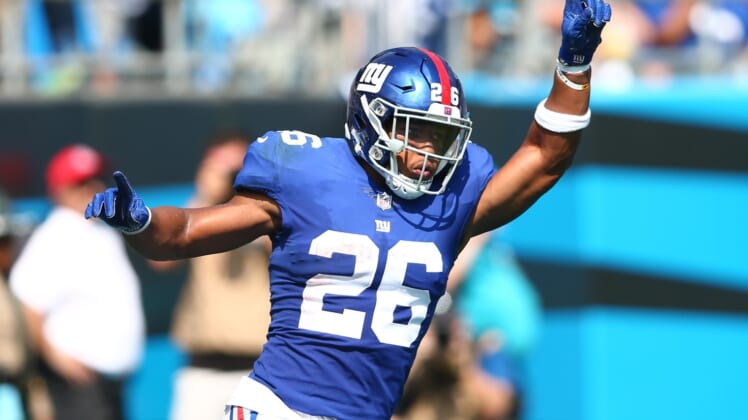 As Eli Manning continues to struggle for his New York Giants, rookie running back Saquon Barkley is picking up the slack big time Thursday against the division-rival Philadelphia Eagles.

Following a 45-year run earlier in the game, Barkley put up pretty much the most insane nine-yard run you’ll ever see. It was a combination of Walter Payton and Emmitt Smith with some prime Reggie Bush mixed in.  And it had fans in New Jersey in awe.

How? That’s the precise question everyone was asking themselves after Barkley did this. Dude legit slipped multiple tackles before leaping over Pro Bowl safety Malcolm Jenkins to put an exclamation mark on the run.

WD-40 legit has nothing on Barkley.

With Manning struggling something terrible, maybe we will witness another Odell Beckham Jr. to Saquon pass. Because, at this point, it can only get better from here.