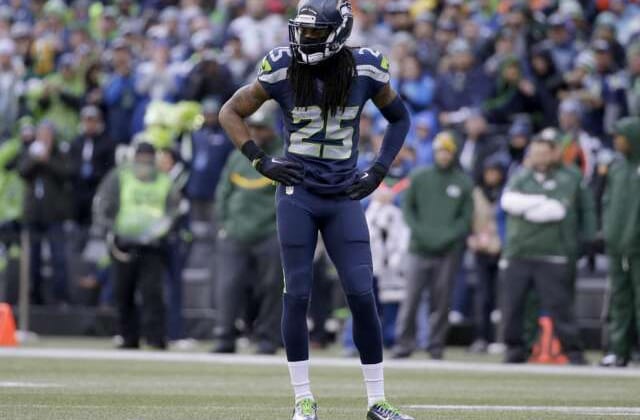 Not long after incurring three penalties on one play, Richard Sherman hit Marcus Mariota out of bounds, sparking a bit of a row in the second quarter.

The Tennessee Titans, up 3-0 on the Seattle Seahawks at the time of this event, have definitely seen the worst of Sherman in this one.

What’s truly insane here is that Taylor Lewan, who immediately got in the face of Sherman for his dirty hit, got hit with a penalty that somehow offsets what Sherman did.

Taking a cheap shot out of bounds, and then getting in the face of the player who took the cheap shot, are offsetting penalties.

Sherman really should have been tossed from the game after his first set of three penalties. Then he went out and did that to Mariota, which also should have resulted in his ejection.

Officials didn’t feel the need to eject him, however, and we just hope things don’t continue to spiral out of control the rest of the way. Ric