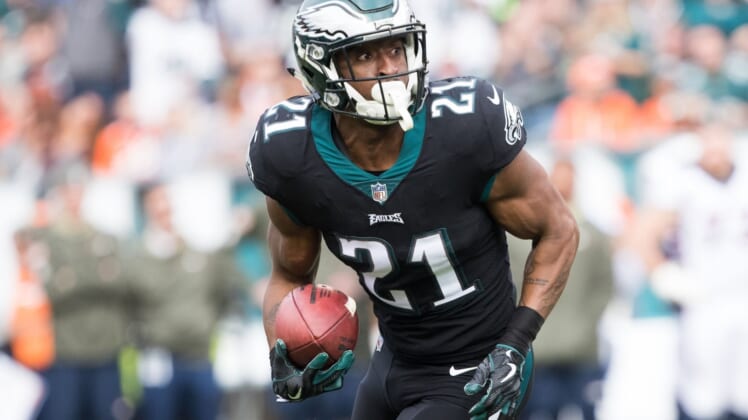 Trailing 7-0 in the first quarter of the NFC Championship Game against the Minnesota Vikings, the Philadelphia Eagles defense made a huge play. Jake Long pressured Case Keenum to force a wobbly pass, which was intercepted by Patrick Robinson and returned 50 yards for a score.

Patrick Robinson with an incredible return on this Int! #MINvsPHI: pic.twitter.com/ITpYZ4Smce

The first thing to notice is the stellar return from Robinson.

Secondly, we have to commend not only his Eagles’ teammates for blocking well, but also for not committing any penalties. Generally, the runners changing direction is an easy way to draw a block on the back or hold. That did not happen.

The touchdown an ensuing PAT from Jake Elliott tied the game at 7-7.