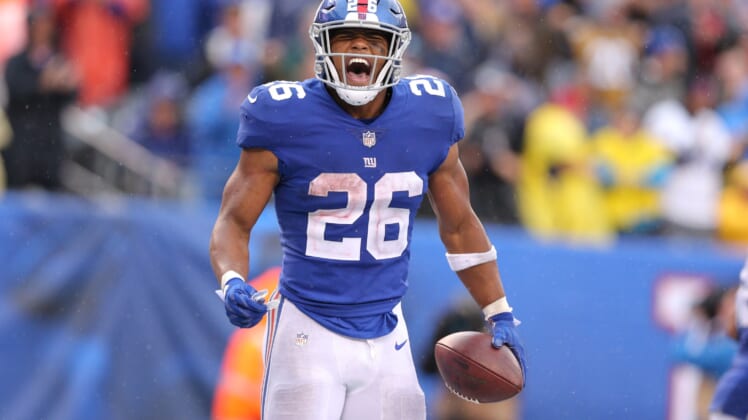 Having Eli Manning drop back to pass 15 times through the first quarter and a half Sunday against the Carolina Panthers wasn’t working for the New York Giants.

That’s not much of a surprise, especially given the Giants’ unwillingness to utilize rookie No. 2 pick Saquon Barkley a lot in the backfield.

Apparently, the Giants decided something needed to change. That’s when Pat Shurmur and Co. decided on some trickery. It included Manning tossing a lateral to wide receiver Odell Beckham Jr., who then threw this 57-yard touchdown pass to Barkley.

Best QB on the #Giants is Odell

"Can't throw it and catch it."https://t.co/dNfoQgLyiY

This is among the most eye-opening plays we’ve seen thus far on the young season. Sure OBJ didn’t get a lot on the pass, but the Panthers’ defense completely forgot to cover Barkley out of the backfield. How? Well, that’s anyone’s best guess.

New York desperately needed this, as it was losing the game by the score of 17-3. OBJ himself was to blame for some of that deficit before coming up big here.