WATCH: Odell Beckham Jr. shows why he’s great and frustrating in one sequence 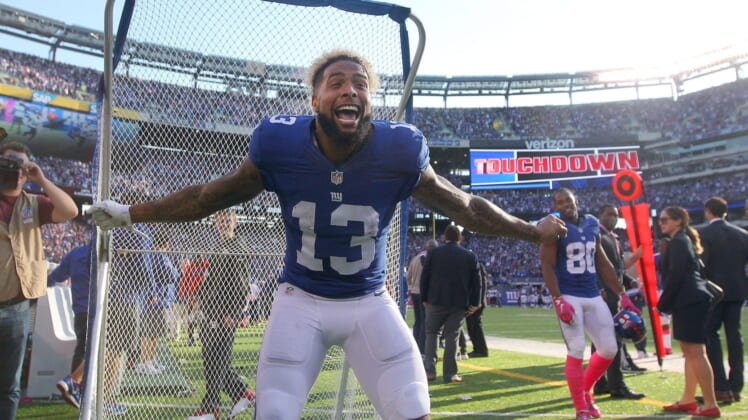 Odell Beckham Jr. scored his first touchdown of the year on Sunday. He celebrated by crawling like a dog, lifting his leg, and pretending (or we hope pretending) to pee on the field.

Even with the NFL’s relaxed policy on end zone celebrations, that drew a flag for unsportsmanlike conduct. It was only the team’s second touchdown of the year, with the other drawing the same foul.

The good news for the Giants was that Beckham’s touchdown drew them to within one posession of the Philadelphia Eagles, cutting the deficit to 14-7. Following an Eagles turnover, Eli Manning found Beckham again, with Beckham making one of his patented one-handed grabs. For his second touchdown, Beckham’s celebration was much different.

That sequence is certainly everything you need to know about Beckham. He can be immature at times but if you can wade through that, his talent is unmatched.