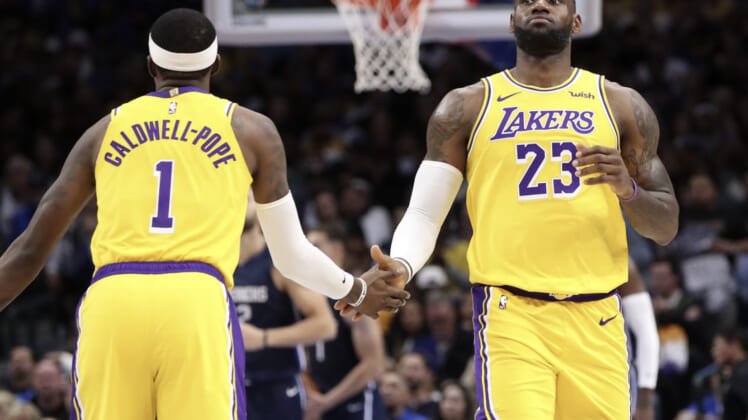 Not this again. General manager LeBron James putting his players on the trade block ahead of February’s deadline.

It was a theme last year leading up to the annual trade deadline. Los Angeles Lakers players facing heckling fans on the road indicating that King James was going to trade them.

In hilarious fashion, it actually did happen months later with Brandon Ingram, Josh Hart and Lonzo Ball being traded to the New Orleans Pelicans for Anthony Davis.

In the market for potential roster upgrades, rumors have persisted that the Lakers could move on from Kentavious Caldwell-Pope as part of a larger deal including Kyle Kuzma.

Brooklyn Nets fans let KCP know all about that during Thursday’s home game against the Lakers. Check out said fans trolling the veteran with “LeBron’s gonna trade you” chants.

That’s about as original as it gets.

Whether Caldwell-Pope is traded remains to be seen. He is playing under a two-year, $16.6 million contract. That makes the veteran wing expendable when it comes to matching salaries ahead of the Feb. 6 trade deadline.

As it relates to the Nets being in a trolling mood Thursday night, it did not stop with these chants. Just ask LeBron James himself.