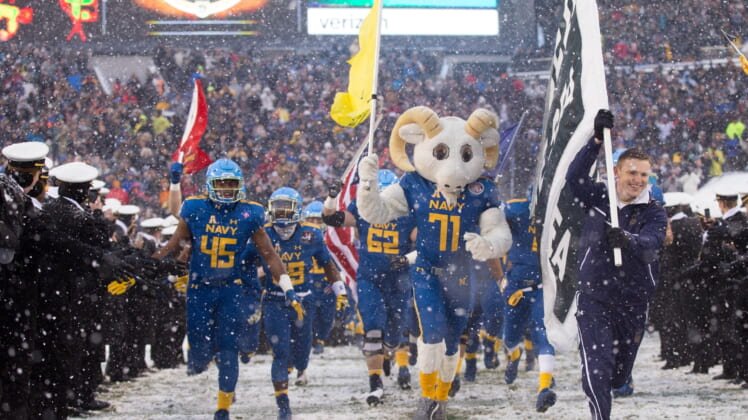 Navy quarterback Malcolm Perry wasted no time making an impact Friday night against Connecticut as he scored the first points of the game for either team.

Watch this stunning touchdown run. Perry found a crease, then as he burst through the hole put one poor defender in the spin cycle before romping 58 yards to the house for six points.

We’re likely going to see plenty more of the same from Perry in this game. He’s a dynamic playmaker, and UConn isn’t known for being dominant on the defensive side of the ball.