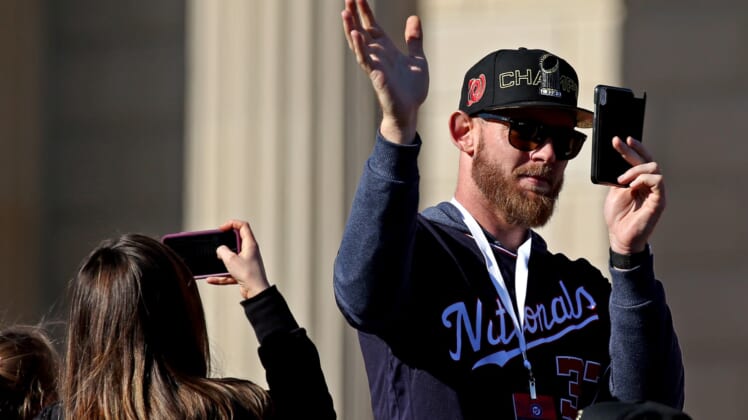 The weekend of celebration in D.C. didn’t simply end with the Washington Nationals World Series parade on Saturday.

It continued into Sunday with several members of the team attending the Washington Capitals game Sunday evening.

Like clockwork, the party included said players downing beers on the Jumbotron after the Caps’ second goal of the game.

It also included a longer-than-normal version of the Nats’ 2019 theme song, “Baby Shark.”

We’re loving everything about the Nationals’ celebration after they won their first-ever World Series in seven games against the Houston Astros last week.

From Sean Doolittle’s homage to “Star Wars” to downing beers in front of the entire city, these players have earned every second of the spotlight.