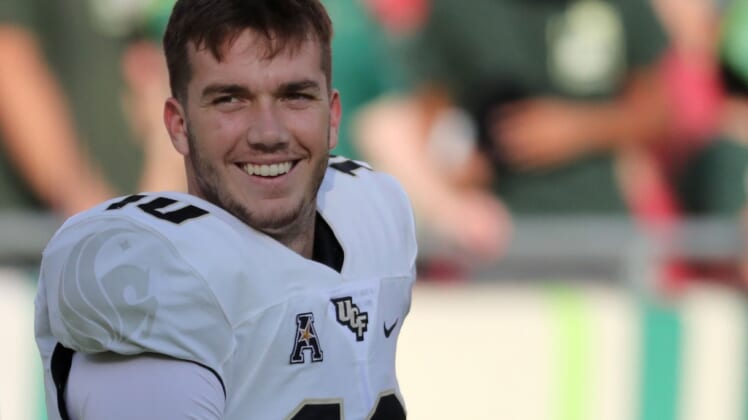 Just a year after he was carted off the field with a gruesome knee injury. Central Florida quarterback McKenzie Milton stepped back onto the gridiron in a heartwarming moment on Senior Night with his family.

Before the Knights hosted South Florida in another clash between the two rivers, Central Florida honored its seniors and welcomed back its quarterback in a heartwarming moment.

It’s remarkable to see Milton walking, even with a brace, just a year after suffering an injury that some thought would end his football career. Before suffering the injury, he was one of the most entertaining quarterbacks in college football.

Incredibly, Milton still plans to return to the game and is hoping for a return in 2020 with Central Florida. He shared with ESPN that he’s hopeful of getting the brace off of his knee in January before taking the next step in his recovery process.