WATCH: Marshawn Lynch’s speech to teammate is one of best moments in NFL season 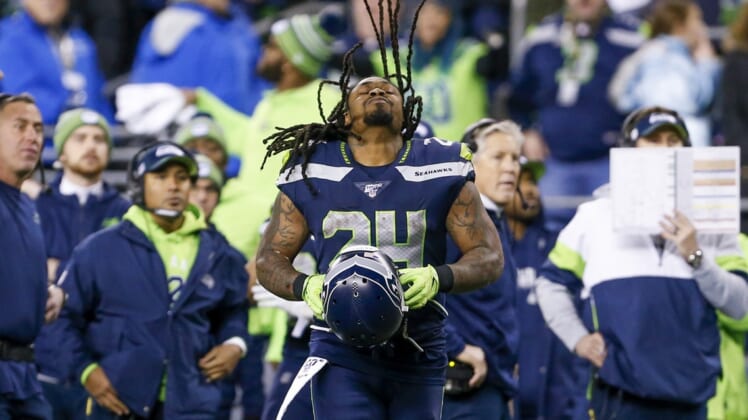 The Seattle Seahawks signed running back Marshawn Lynch before Week 17, not just for what he brings to the field, for the impact he makes in the locker room. He showed it during Sunday’s game against the San Francisco 49ers with an incredible speech delivered to a teammate.

Standing on the sidelines during the game, Lynch pulled fellow running back Travis Homer aside and told him how much he was feeding off the young running back’s energy.

It must have already been an incredible experience for Homer, a 21-year-old seeing his first significant NFL action, to learn from Lynch in practice and be around him. To hear one of the most dominant running backs of the decade come up and say you inspire him, is a moment Homer will never forget.

We saw how much Lynch meant to the fans when he scored a touchdown on Sunday Night Football. Now, as the Seahawks prepare for the playoffs, the relationship between these two running backs could help form an incredible duo to set up a playoff run.