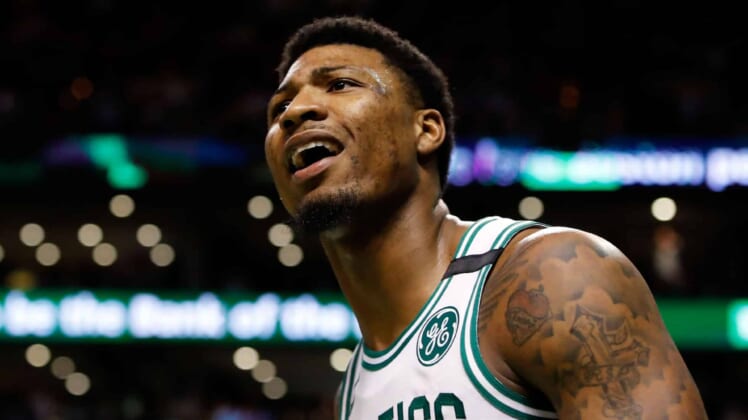 We absolutely love this type of rookie hazing. Boston Celtics rookie first-round pick Romeo Langford headed to a local Chipotle to get himself some lunch.

Little did he know that veteran teammate Marcus Smart was pulling the strings behind the scenes to prank the youngster.

Langford was presented with a bill for $4,500 for the team. That’s over 300 burritos and salsa/chips. Langford was not having any of it, and demanded to speak with the manager.

The entire thing is absolutely epic.

That’s all sorts of brilliant from Mr. Smart right there. We love how Langford noted that the bill wasn’t within his budget.

To be fair, the former Indiana star is earning $3.5 million this season. Smart? Well, he’s cashing out to the tune of $12.1 million.