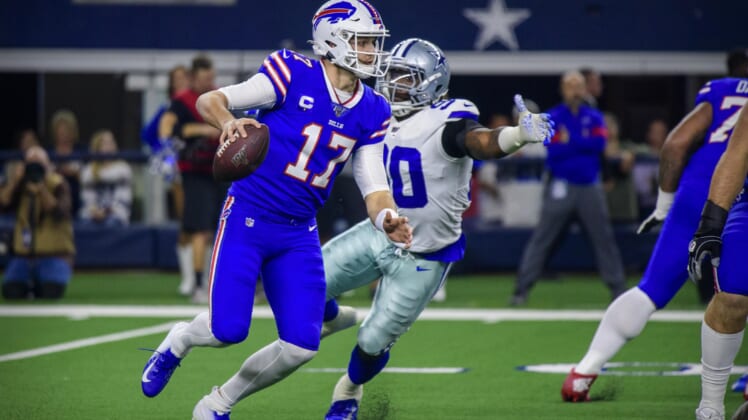 Buffalo Bills quarterback Josh Allen has won over the locker room and fan base with his talent and energy. He showed it all to a national audience on Thursday in an insane sequence on fourth down.

After Buffalo’s offense stalled, it stayed on the field on fourth down at the Dallas Cowboys’ 30-yard line. After Allen fumbled the snap, he reached into a pile of defenders and grabbed it off the ground then dove over the line for a first down.

Allen’s play perfectly captures his energy and desire to win at all costs, while fighting through whatever opponents throw at him. He came away energized from the game-changing play and let out an epic celebration for the first down.

On the very next play, the Bills used their renewed momentum and energy to score the go-ahead touchdown against the Cowboys on a trick play.