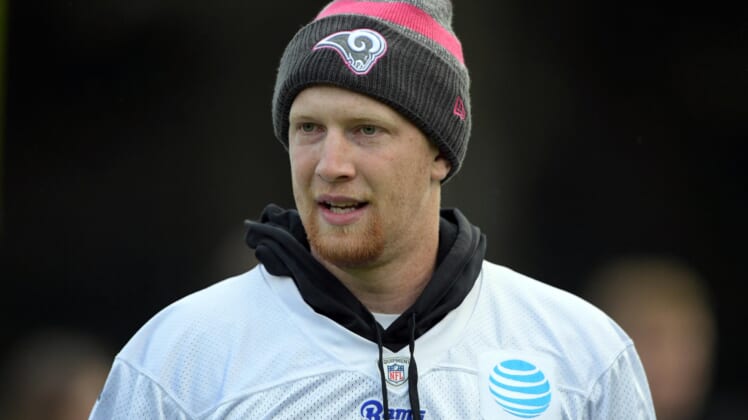 While the Los Angeles Rams pay Johnny Hekker to be the punter, he once again showed on Sunday that he can be a pretty good quarterback as well.

The Rams were facing a fourth-and-three from just across midfield. Hekker came out but rather than punt, he found safety Nick Scott in the flat for a 23-yard pass to convert the fake.

The fake bought the Rams three points. They capped the drive off with a 25-yard field goal from Greg Zuerlein to go up 13-3.