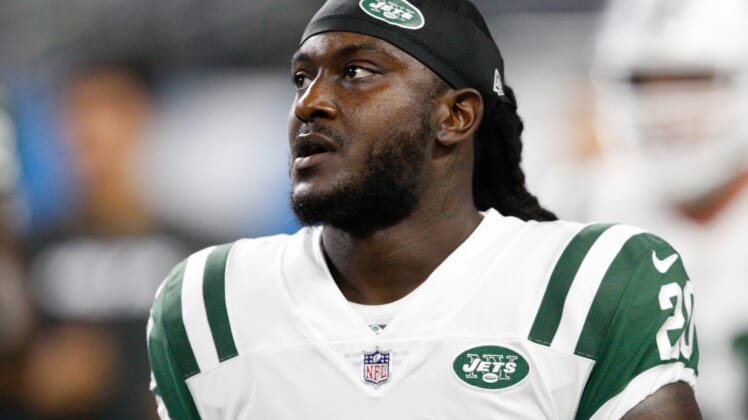 The New York Jets might have been frustrated earlier in the game with a non-call in the end zone. But newly-signed running back Isaiah Crowell more than made up for it later in the first half.

Down 7-0 at home against the Broncos Sunday afternoon, Crowell took a Sam Darnold hand-off and broke it 77 yards for a touchdown run.

He's GONE!
77 yards!@IsaiahCrowell34 goes the distance for the @nyjets!

As you can see, a tremendous block from wide receiver Robby Anderson sprung Crowell in a big way. From there, it was all about him following blockers and what looked to be elite-level field vision.

This is one of the reasons New York signed Crowell back in March. His big-play ability was well known in Cleveland. And in reality, this isn’t the first time we’ve seen him show off on four-plus games in New Jersey.

The better news? Crowell will not be fined for an unsavory touchdown celebration this time. Baby steps.