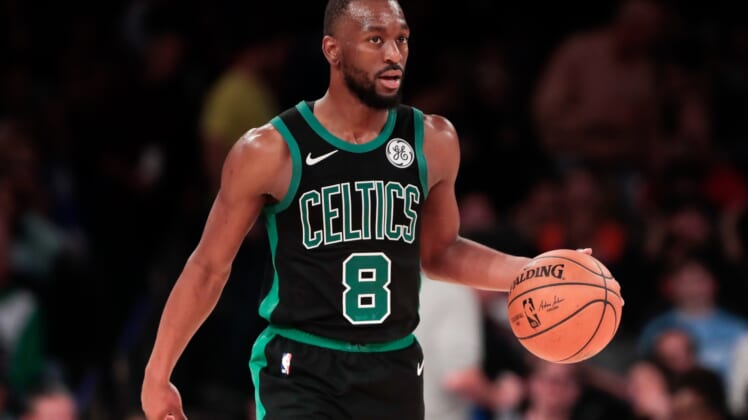 New Boston Celtics guard Kemba Walker is making his return to Charlotte to take on the Hornets Thursday night after leaving the team in free agency.

Walker, 29, spent the first eight seasons of his career in Charlotte, acting as the face of the franchise while morphing into an All-Star performer.

As Walker makes his return to Charlotte, the Hornets posted this amazing tribute video for the guard.

Fans on hand at the Spectrum Center also gave Walker a standing ovation.

The Hornets might not have had a ton of team-wide success with Walker as their best player. But he was a huge part of the community and really did not want to leave Charlotte.

It wasn’t until the team low-balled him in free agency that the former first-round pick opted to sign with the Celtics.

At the very least, this Michael Jordan-led organization is showing its respect to Mr. Walker. It’s a good look.