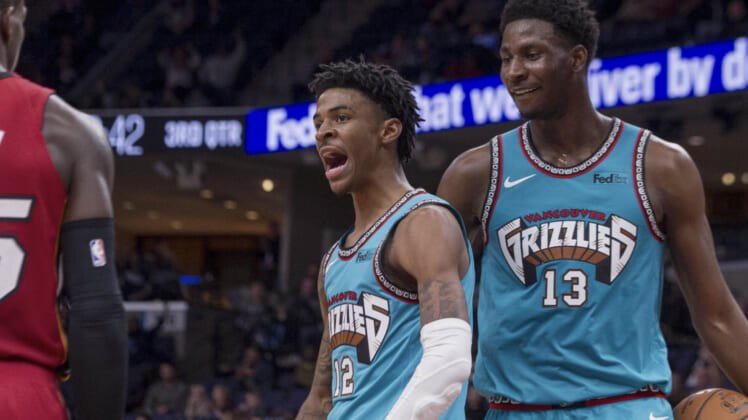 The Memphis Grizzlies have themselves a star in the making in rookie No. 2 overall pick Ja Morant. This kid has shown up big time as a first-year player.

That continued during Wednesday’s game against the Oklahoma City Thunder. Check out Morant finishing an amazing alley-oop from Brandon Clarke in transition.

This dude has some amazing hops. His ability to go up and get the ball while slamming it down was just exceptional here.

It’s not just the highlight-reel plays that has made Morant a top rookie of the Year candidate. He’s simply been consistently good this season.

The guard entered Wednesday’s action averaging 18.8 points and 6.5 assists on 43% shooting from distance this season.