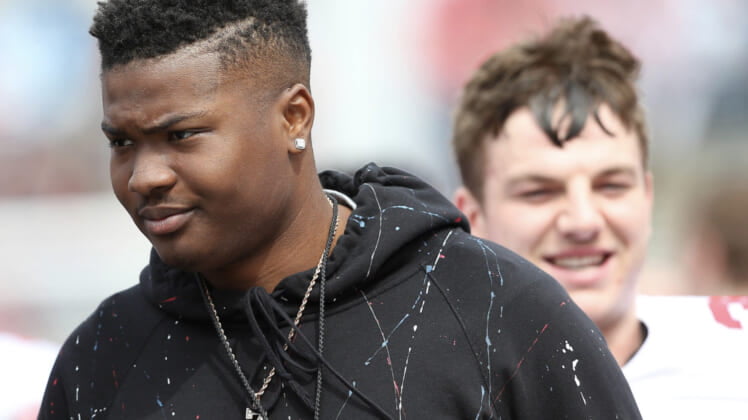 Pretty much everyone around the football world was thrown for a loop when the New York Giants took to the podium during the 2019 NFL Draft and selected Duke quarterback Daniel Jones sixth overall.

Jones had been gaining some traction as a higher-round pick. Even then, it seemed to be a major reach.

For the most part, Ohio State signal caller Dwayne Haskins was considered the consensus No. 2 quarterback behind Kyle Murray.

Once the Jones pick was announced, Haskins couldn’t help but laugh. It really is something to behold.

Hakins certainly wasn’t alone in laughing at the pick. Sure we’ll have no idea how this selection turns out for at least a year. Even then, it seems to be a major reach.

We’re with you, Mr. Haskins.