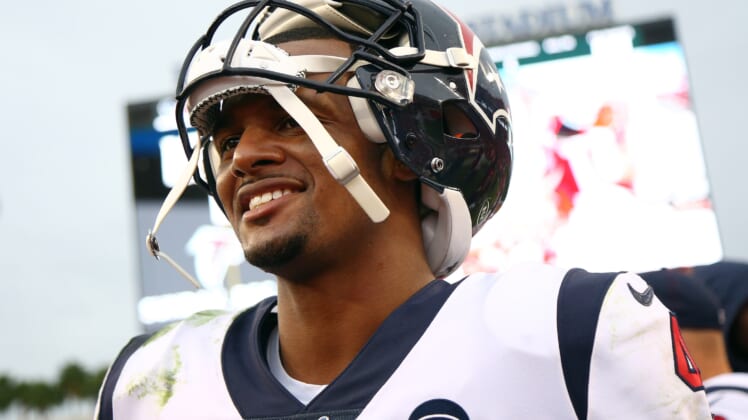 The Clemson Tigers have prided themselves on everyone being part off the family the moment they play for the program. Houston Texans quarterback Deshaun Watson is part of that family, so it’s no surprise he took a fun shot at Clemson’s opponent in the upcoming CFP Championship Game.

When asked by a reporter for his prediction for the title game on Jan. 13, Watson naturally picked Clemson and worked in a little shot at the LSU Tigers in the process.

It would have been shocking if Watson picked against his alma mater, even while LSU is the No. 1 team in the country and coming off a blowout win in the CFP Semifinal.

Watson will be pulling for quarterback Trevor Lawrence to experience the feeling of being a national champion once again. When he watches Lawrence execute Clemson’s offense, Watson looks forward to calling out each play before it happens.

Hopefully, Watson will be joined by his current teammates and Clemson alumni DeAndre Hopkins, D.J. Reader and Carlos Watkins at the game. Perhaps, they might even make things interesting with LSU alumnus Barkevious Mingo.