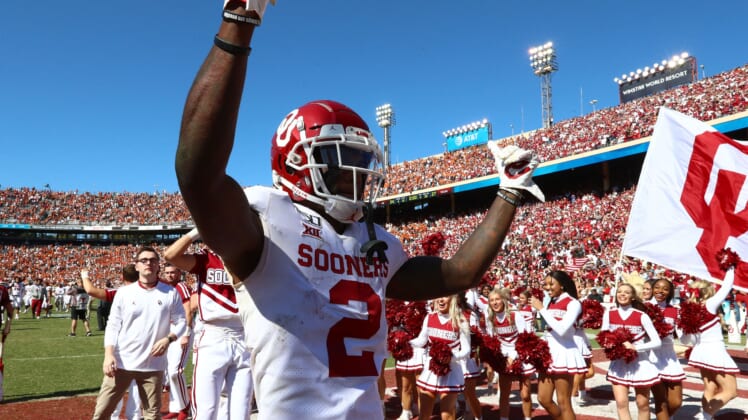 Oklahoma struck first in the Big 12 Championship Game, thanks to CeeDee Lamb, who broke all the tackles on a crazy 71-yard catch and run.

The Sooners receiver, who’s been frustrated of late due to a lack of production, took it all out on Baylor in the first quarter. He took a short pass, then broke multiple tackles and broke a few ankles along the way as he came up just short of taking a house call.

A couple plays later, the Sooners took it into the end zone on a Kennedy Brooks touchdown run to go up 7-0 over Baylor.