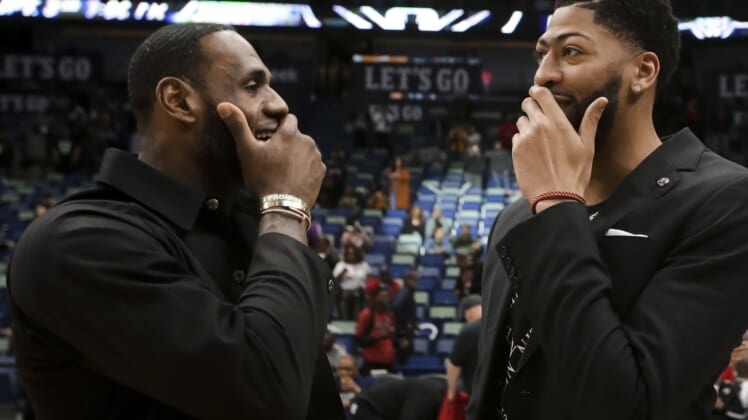 On the final play of the first half Christmas night in Los Angeles, Kevin Hart had a special visit from Lakers star Anthony Davis, who landed right in his lap.

Davis had just heaved a long-distance shot at the buzzer when he drifted out of bounds and into Hart’s lap.

The entire crowd seemed to get a kick out of that moment, which was pretty hilarious considering the size difference between the two stars.