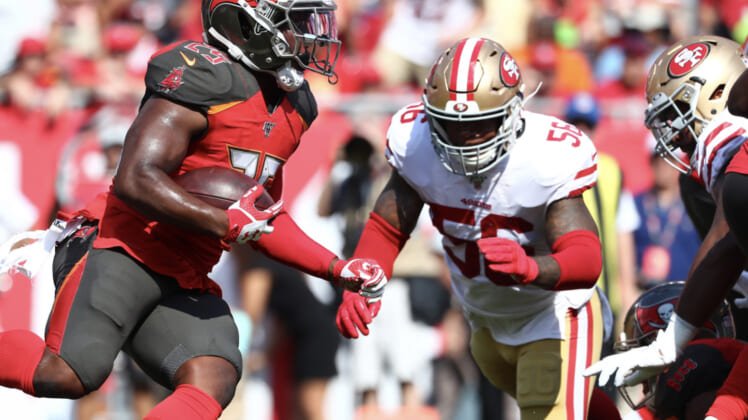 The San Francisco 49ers debut for linebacker Kwon Alexander was not a long one.

Alexander hit Jameis Winston as the Tampa Bay Buccaneers quarterback was sliding. As a result, Alexander was ejected in the first quarter of the game against his former team.

It’s sometimes easy to feel bad for a defender when he’s flagged. Unfortunately for Alexander, this was not one of those situations.

While Winston’s slide was awkward, he was clearly on his way down when Alexander started to hit him. While targetting is relatively new to the NFL, being instituted in 2018, sliding quarterbacks have always been protected.

This was a bad play from Alexander. We also expect that further discipline will be coming his way.