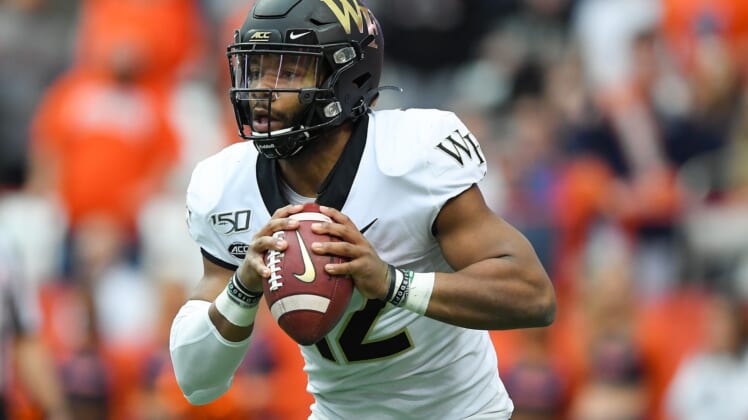 It’s a surprising decision coming off a junior campaign that saw him take over as Wake Forest’s starting quarterback and bring excitement to the offense. Newman finished the season with 2,868 passing yards, 574 rushing yards and 32 total touchdowns. He helped lead the Demon Deacons to only their second eight-win season in 11 years.

He immediately becomes the top quarterback available in the transfer portal and will be eligible to play next season as a graduate transfer. While the Oklahoma Sooners have two young quarterbacks on the roster, Newman could be a fit as the next transfer star in Lincoln Riley’s offense. Oklahoma could be among many programs that go after the star quarterback.