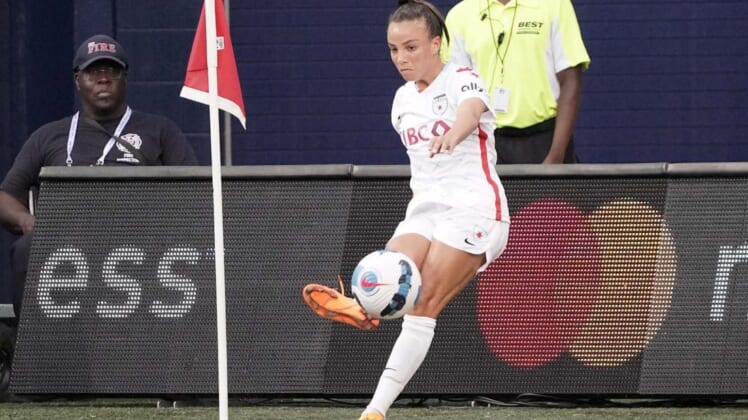 The U.S. women’s national team is a victory away from qualifying for the 2024 Summer Olympics following a methodical 3-0 victory against Costa Rica in the semifinals of the CONCACAF W Championship in San Nicolas de los Garza, Mexico, on Thursday.

The Americans will play Monday against either Canada or Jamaica, who were set to play the other semifinal later Thursday. The winner of the W Championship earns a spot in the Olympics in Paris. The loser will move to a playoff at a future date between CONCACAF’s second- and third-place teams to determine the region’s second Olympic representative.

By reaching the W Championship semifinals, all four nations qualified for the 2023 Women’s World Cup in Australia and New Zealand.

Costa Rica offered little resistance as the Americans took a two-goal halftime lead under difficult conditions with the kickoff temperature at 93 degrees. The U.S. had an 8-0 first-half shot advantage and scored on two of the three that were on target. In another telling stat, the U.S. had 77 touches in the final third to 11 for Costa Rica through 45 minutes.

Yet, the score line could have been greater if not for several missed opportunities before Sonnett broke through, poking in a loose ball directly in front of the goal as both teams scrambled for possession.

The U.S. continued pressing and the Costa Ricans yielded a second goal thanks to a nifty backheel pass from Rose Lavelle to set up Pugh for her 24th goal.

Costa Rica’s only shot on Casey Murphy came in the 63rd minute by Lixy Rodriguez.

Costa Rica did not play several starters so they would be rested for the third-place match, figuring its chances of beating the U.S. were slim.