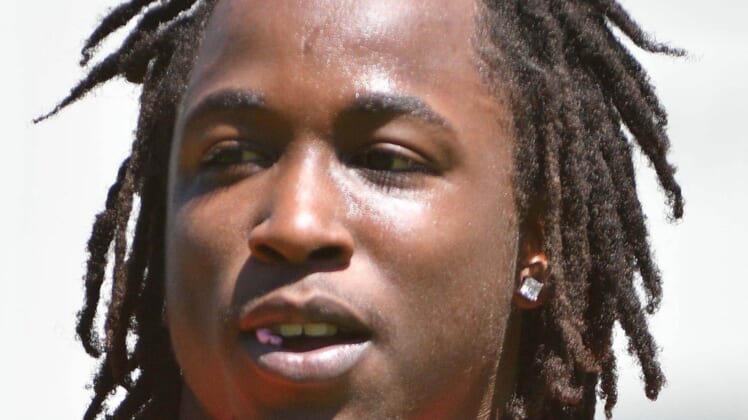 The Cleveland Browns made a stunning announcement Monday that they had signed running back Kareem Hunt.

Hunt is likely facing at the least a six-game suspension from the NFL due to a trio of off-field incidents over the past year — including a videotaped assault on a woman that led to his release in Kansas City.

Now that Kareem Hunt has signed with the Browns, he will be placed on the commissioner's exempt list until the league makes a final decision on discipline. The expectation, as the Browns' announcement indicates, is that he will be suspended for a portion of this season.

Needless to say, the news that Cleveland had signed Hunt reverberated across the NFL’s landscape, and many on social media chimed in with some strong reactions.

John Dorsey must absolutely love Kareem Hunt. RB was not at all a need for them with Nick Chubb and Duke Johnson both tied up long-term. Dorsey drafted him in KC and now brings him in when he doesn't need to in Cleveland.

Kareem Hunt was signed quicker than Bryce and Machado. What a world

Browns just signed Kareem Hunt ???? Nick Chubb and Kareem Hunt officially the nastiest 1,2 combo in the NFL! And if you wanna bash Hunt I get it, made a mistake, and it’s time for the Northeast Ohio superstar to do his thing!

Also, this makes the NFL look really bad. Eric Reid (who just got extended, because he's good) went unsigned for almost a year because of protests. Kaep still unsigned. And Kareem Hunt is snapped up already. It's interesting which distractions NFL teams will choose to tolerate.

You don't want to deal with Josh Gordon, but Kareem Hunt on the other hand a model citizen to take a PR hit for.

I’m not against signing Kareem Hunt but it begs the question why this regime would cut the ties with Josh Gordon when they did if they seemingly are open to handle off the field distractions.