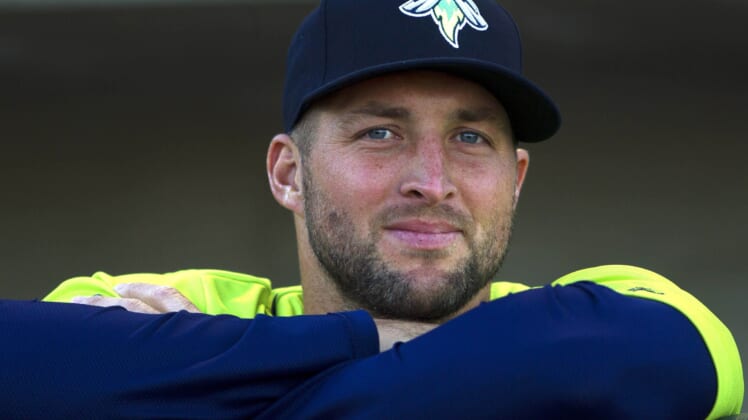 The 29-year-old outfielder is featured in the 2017 Topps Pro Debut, according to The State. In the debut card, Tebow is seen holding a bat on his shoulder in his No. 15 Columbia Fireflies uniform which is the Class-A Affiliate of the New York Mets.

During the offseason, Tebow was signed to a minor league deal that included a $100,000 signing bonus.

Mets general manager Sandy Alderson, following the deal, insisted the signing of Tebow was “not a publicity stunt.” Though, as we recently passed along, the Fireflies’ attendance is up more than 30 percent this year.

Darren Rovell’s original report found that when Tebow is on the road “having him come to town is worth a doubling in attendance compared to a standard game.”

He may not be a publicity stunt, but he’s surely selling tickets and filling seats.