Top storylines for the 2019 NFL Draft 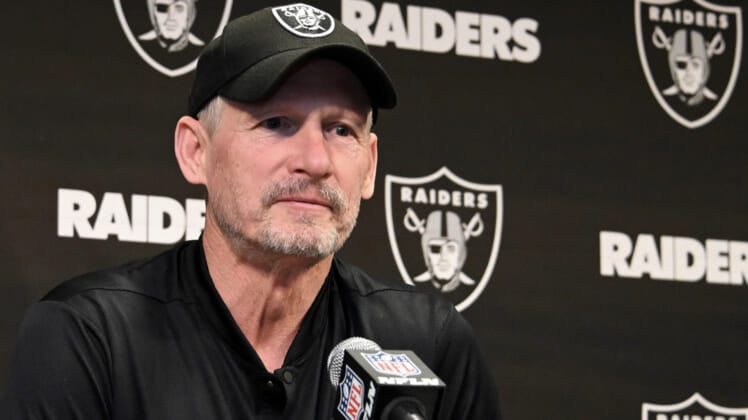 The 2019 NFL Draft is quickly approaching. Soon, all 32 of the league’s teams will find themselves in Nashville to draft the next generation of talent.

Even before the draft starts, one major trade took place with the Seattle Seahawks sending pass rusher Frank Clark to the Kansas City Chiefs. We can expect more deals as Round 1 approaches.

Meanwhile, the top of the draft seems to be more up in the air than at any point in the recent past. Do the Cardinals take Kyler Murray No. 1 overall? If not, what direction will they go?

These are among the stop storylines for the 2019 NFL Draft.

As noted above, there’s a good chance Arizona selects reigning Heisman winner Kyler Murray with the first overall pick. Once that happens, GM Steve Keim and Co. will work hard to trade Rosen. Among the teams bandied about, the New York Giants seem to make the most sense. How might this trade look? We’re also expecting the Washington Redskins to be in on Rosen now that Colt McCoy is dealing with yet another injury.

Jets looking to trade down

It’s clear that New York wants to stockpile draft picks in a move down from the No. 3 spot. Most recently, the Jets have reportedly talked with the Washington Redskins about a potential trade. We’re not 100 percent sure what’s happening on that front. What we do know is that a move up from Washington would likely be to target Ohio State quarterback Dwayne Haskins. A lot of that will depend on what the Cardinals and 49ers do at the top of the draft.

As of right now, it seems that Murray and Haskins are the only locks to go in the first round. Though, that’s likely going to change once Day 1 comes calling on Thursday. Missouri’s Drew Lock has been linked to the Denver Broncos at No. 10 overall. Meanwhile, Duke’s Daniel Jones has also worked out for quarterback-needy teams. Both seem to be major projects, leading many to conclude that exhausting a first-round pick on either quarterback would be a reach. But that’s been par for the course in recent years.

San Francisco has been linked to Bosa more than any other team. Given the team’s need at pass rusher, even after adding Pro Bowler Dee Ford, this makes a ton of sense. With that said, Bosa to Northern California is nowhere near a lock. GM John Lynch likes Alabama defensive tackle Quinnen Williams. He’d team up with Pro Bowler DeForest Buckner to form the best interior defensive line tandem in the NFL. San Francisco is also said to be willing trade-down partners for a team looking to move up for a quarterback.

Veterans likely to be traded

The early part of draft week was filled with rumors that Arizona might look to trade future Hall of Fame cornerback Patrick Peterson. We’re not really sure what’s going on there. What we do know is that any trade involving Peterson would likely take place either at the end of Round 1 or the start of Day 2. Others that could potentialy be moved include Buccaneers defensive tackle Gerald McCoy, Browns running back Duke Johnson and Dolphins safety Reshad Jones.

Flush with two second-round picks and three third-round selections, there’s a decent chance the defending champs look to move up from the 32nd spot. That could include trading up for a tight end to replace Rob Gronkowski. Just imagine how Iowa’s T.J. Hockenson would look in that offense. Either way we spin it, Bill Belichick and Co. have always been wild cards. That’s not going to change with these Pats having a ton of selections within the first three rounds.

When the Raiders sent pretty much their entire scouting department home prior to the draft, it threw the league for a loop. Does this mean Oakland is going with a surprise pick at No. 4 overall after closing ranks? We’re not too sure. What we do know is that Gruden and first-year general manager Mike Mayock are true wild cards. Boasting three first-round picks, we’re expecting a plethora of activity. That could include drafting a quarterback to replace Derek Carr, who would then be traded later in the draft.

It’s pretty amazing how fluid things have been in New York leading up to the draft. The team wasn’t said to be interested in adding a quarterback. That’s until GM David Gettleman and Co. met with the top players at that position. Selecting sixth overall, there could also be a surprise in store. That would come in the form of Daniel Jones. Boasting an additional first-round pick via the Odell Beckham Jr. trade, these Giants could really shake up Round 1 of the draft come Thursday. They are certainly one of the teams to watch.