Tobias Harris expected to be traded from 76ers this offseason 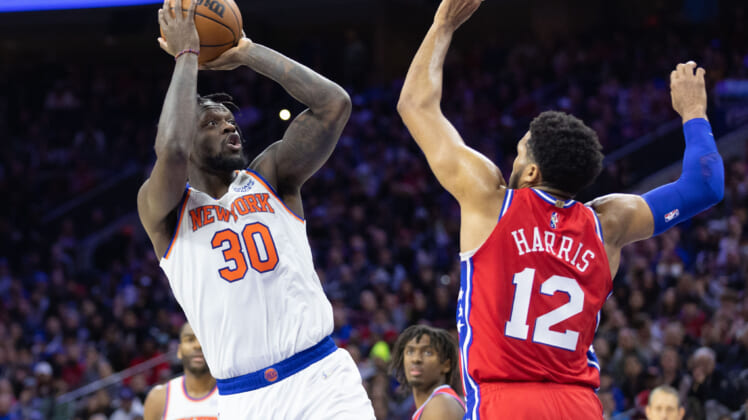 If there’s one thing Daryl Morey and the Philadelphia 76ers have proven in recent time, it’s that they’re not afraid to make a blockbuster move to shake up the roster. Along those lines, Joel Embiid and James Harden are likely both a major part of the organization’s plans, but Tobias Harris? He might not be.

Ahead of the trade deadline, we heard some wild suggestions that the franchise was prepared to trade Harris in what would have essentially been a salary dump. We know now nothing of the sort took place, but that doesn’t mean Harris couldn’t be shipped away this offseason.

It likely depends on how the current roster performs down the stretch and in the Eastern Conference playoffs, they may feel they already have their Big 3, but they could just as easily find a willing taker for the borderline All-Star scorer.

According to Brian Windhorst, the 76ers could be angling to trade Harris later this summer.

“I’ve talked to league executives because I’m asking league executives a lot about Philly and everyone’s seen them for just a brief period of time,” Windhorst said. “But they’re already speculating what Tobias Harris trades they might look at this summer.”

There’s no question Tobias Harris still offers a lot as a scorer with 19+ PPG potential and his shooting range from 3-point land adds another element, but teams may not love his future salary amounts.

Harris is 29 years old now, he’s not getting any better at this stage of his playing career, meanwhile, his salary may be tough for many teams to justify. They could likely find slightly less scoring production at a much-discounted rate. Harris doesn’t offer any other specific traits that teams are dying to have.

This could mean moving off from the 11-year veteran won’t be a simple task, but if the rumors were true of the Sixers considering even a salary dump, it shouldn’t be too difficult to find a trade partner. The 76ers will need all the help they can get as they look to lock up James Harden with a long-term extension.