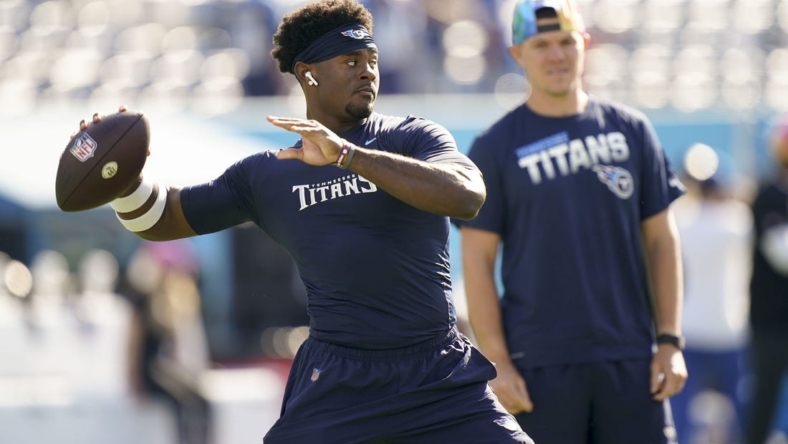 Rookie quarterback Malik Willis will make his first NFL start for the Tennessee Titans on Sunday.

The team ruled out Ryan Tannehill for the Week 8 game at Houston after he missed Saturday’s walkthrough practice with an illness. He is also dealing with a right ankle sprain.

Willis, a third-round pick out of Liberty, got all the starter’s reps in practice this week as the Titans (4-2) prepared for the Texans (1-4-1).

Willis, 23, has played a total of 20 snaps in two games this year, completing one pass for 6 yards and rushing four times for 16 yards.

Tannehill, 34, has started 49 consecutive regular season games stretching back to Week 7 of the 2019 season when he replaced Marcus Mariota.

This season, Tannehill has completed 65.1 percent of his passes for 1,097 yards with six touchdowns and three interceptions in six starts.