Is it time for the Vegas Golden Knights to move on from Max Pacioretty? 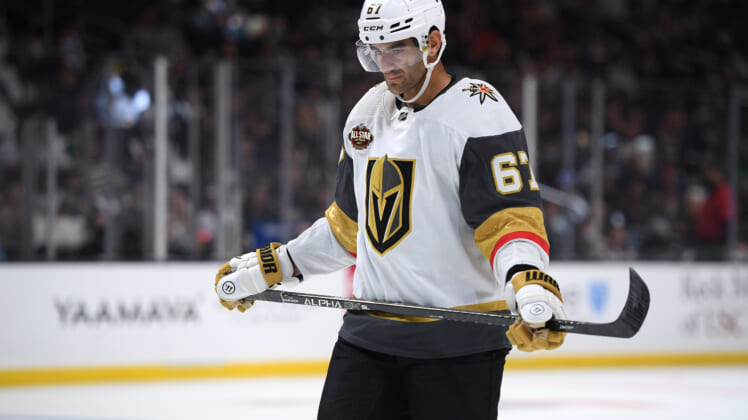 The Vegas Golden Knights acquired one of the NHL’s most formidable snipers right before the 2018 NHL season when they traded for Max Pacioretty from the Montreal Canadiens. While the cost was high — Nick Suzuki is now blossoming into a star up north — it was an opportunity for the Golden Knights to add a perennial 30-goal scorer – and since when has a high price scared the Golden Knights?

He’s now played four seasons with the Golden Knights and has been a staple on their top line and power play unit. Pacioretty is one of the few remaining players in the league that doesn’t need a screen to wrist one past the goalie, a skillset that any team would love to have.

Despite his success with the Golden Knights, it’s impossible to grade the trade as an outright win because of his injury struggles. While he does have the nickname “Wolverine” due to his ability to heal from injuries incredibly quickly, his poor availability has developed into a concern.

Pacioretty will turn 34 during November of next season. He carries a $7 million cap hit for one more season at which point he’ll be an unrestricted free agent. Does it make sense for the Golden Knights to keep him for this final season as they push for a Stanley Cup, or is it time to show another one of their beloved players that ruthlessness that the franchise has developed a reputation for?

During the 2021-22 NHL season, the Golden Knights had to deal with an enormous amount of injuries. It seemed as if every week a new star player was being moved to the injury reserve and eventually, this was one of the major factors in the team missing the playoffs. Pacioretty was not immune to this injury bug, only appearing in 39 games.

When on the ice, Pacioretty was as effective as ever. He scored at just shy of a 0.5 goals per game rate and finished second on the team in 5-on-5 goals, beating out many players who played twice as many games as he did.

It’s clear that when Pacioretty is healthy, he can still put the puck in the back of the net. However, he isn’t getting any younger and those health concerns aren’t going anywhere soon.

The concerns with Max Pacioretty

You don’t earn the nickname “Wolverine” because of your ability to heal from serious injuries for no reason. However, Father Time is undefeated and the Wolverine might finally be meeting its match. He’s played just 224 regular-season games over four seasons since arriving in Nevada, missing time each year. That’s not a good average even considering last year was a short season due to COVID-19.

Is this trend suddenly going to reverse? It’s very doubtful. When he’s on the ice, no one is raising an issue with Pacioretty’s play but, as the saying goes, the best ability is availability. Is it worth it for the Golden Knights to wager $7 million, a hefty chunk of their cap space, on a player that hasn’t shown the ability to stay on the ice?

There’s no definite answer to these questions. It’s a difficult decision that needs to be made and many front offices would likely be willing to take the passive approach and let Pacioretty play out his final season, saving themselves from potential embarrassment if they botch the trade.

The Golden Knights management group is not like most front offices.

Related: Knights’ Mark Stone has back surgery, to return for 2022-23

What would trading Max Pacioretty do for the team?

There are two factors to consider when we look at what the departure of Pacioretty would mean for the Golden Knights. The first is how the team would replace his on-ice impact. 30-goal scorers don’t grow on trees.

The next factor to consider is the $7 million in cap space that would be made available, as well as any potential assets they might receive in return. Unfortunately for the Golden Knights, they likely couldn’t fetch a whole lot due to the sniper’s age and injury struggles, but the cap space could go a long way towards helping the defense or goaltending.

At the end of the day, trading Pacioretty would be a big risk. However, risks are often required to win the Stanley Cup and if the Golden Knights decide that his cap space would be better spent helping to prevent goals rather than score them, it may be time to shake things up.