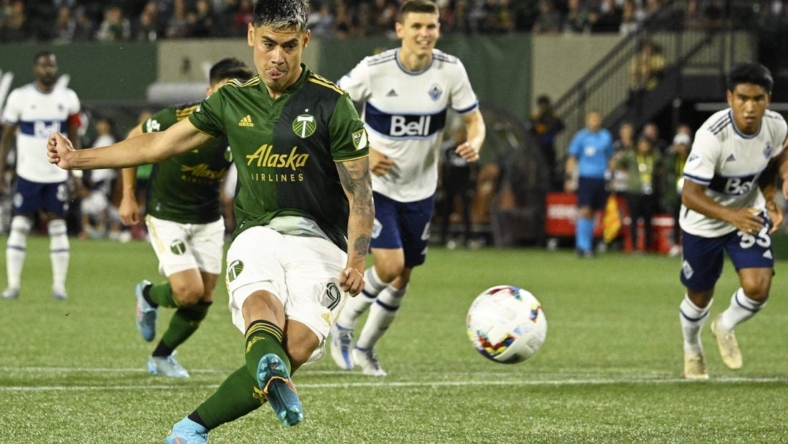 The Portland Timbers and forward Felipe Mora agreed to a restructured contract with an extension through the 2025 season on Monday.

The deal includes a club option for 2026. Financial terms were not disclosed.

Mora, who joined the club in 2020, underwent season-ending surgery on his left knee in August, his second surgery on the knee over the past year.

“We have a strong belief in Felipe as both a player and a person,” Timbers technical director Ned Grabavoy said in a news release. “This is a unique situation in which Felipe’s unselfishness to work with the club in restructuring the contract affords us the ability to continue to fully support him in his rehab process. We have confidence that he can return to being an impact level player for us, and take pride in him being a member of this club.”

After playing for Portland on a one-year loan in 2020, the Chilean national signed with the team full-time in January 2021. In 55 games (35 starts) over the past three seasons, Mora has tallied 19 goals and seven assists, including 11 goals and five assists in 2021.

But he played just seven games in 2022 and scored just one goal before his second knee surgery was required.

“Felipe has been a very important figure to the success of our club during the past few years and we missed his contributions during the 2022 season,” Timbers coach Giovanni Savarese said in a news release. “Despite the adversities he has had to face, we have never seen him surrender. Knowing the hardworking and incredible person he is, I have no doubt he will come back stronger than ever and ready to continue to contribute to the team.”

Mora has also made nine appearances for the Chilean senior national team, scoring one goal with them.