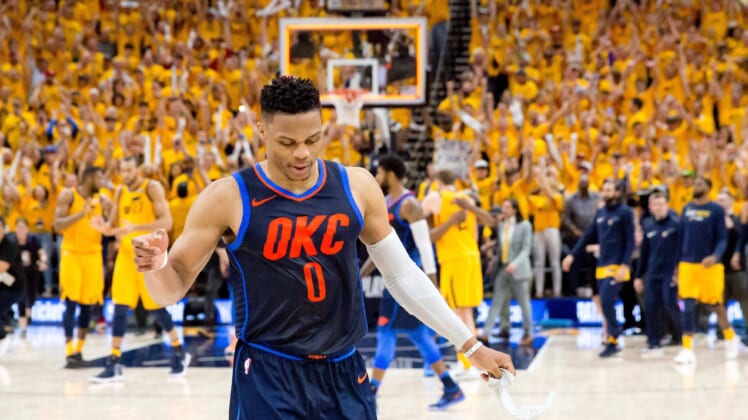 The Oklahoma City Thunder are more than likely going to be without former NBA MVP Russell Westbrook when the regular season starts next month.

Westbrook just recently underwent knee surgery and there’s no timeline for his return. In talking about said injury, Thunder general manager Sam Presti indicated that the team will not be rushing Russ back for the start of the regular season.

Sam Presti says the team has never pushed a player to hit a specific date in recovering from injury, and won’t start now by rushing Russell Westbrook to be ready for game one.

This more than likely means that Westbrook will not be on the court for Oklahoma City’s season opener against the defending champion Golden State Warriors in Oakland. Shockingly, that’s now less than a month away.

It makes perfect since that the Thunder would not want to rush their best player back. The NBA season is long. Missing a few games isn’t going to break Oklahoma City.

That said, the Western Conference is absolutely loaded with multiple teams that could win 60-plus games. Being a top-four seed and acquiring home-court advantage is a huge deal.

In addition to playing Golden State to open the season, Westbrook and Co. will take on the Boston Celtics within the first week or so of the regular season. Outside of that, it’s a pretty easy early-season slate.