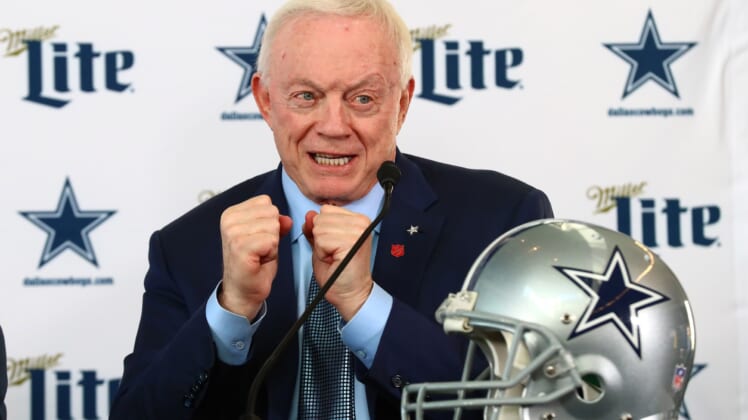 The 2020 NFL Draft represented an opportunity for NFL teams to dramatically improve their rosters with the hopes of fielding an even better roster in the upcoming season. While plenty came away with impressive draft classes, a few stood out with draft hauls that will help propel their teams to the playoffs next season.

As we highlighted in our NFL Draft takeaways, teams like the New England Patriots and Green Bay Packers made teams that seemingly focused on their future. If both teams are thinking beyond 2020, the path to playoff spots is opening for multiple playoff hopefuls who crushed it during the 2020 NFL Draft.

On the latest Reckless Speculation podcast, TC and NFL editor Matt Johnson highlight three teams that are set to make the playoffs in 2020 thanks to their strong draft hauls. While the season might be months away, these three NFL teams should start thinking about playoff football.

John Elway went into the 2020 NFL Draft recognizing the importance of surrounding his quarterback with great talent. After dedicating free agency to improving Denver’s running game and defense, Elway used his top picks to provide Drew Lock with some top talent.

The Broncos have the kind of offense that can put up points with ease and makes them a legit contender. Elway also made significant additions along the offensive line with moves that can help give Lock time to throw.

As we dive into even further on this week’s Reckless Speculation podcast, the Broncos have the pieces in place to make serious noise in the AFC West. While some concerns might remain with this team, the talent can’t be denied and the fans should be excited.

It’s the team everyone seems to hype up each year and then we watch as the Browns always fall short. This is an organization that hasn’t been to the playoffs since 2002 and last won a playoff game in 1994. But could this finally be the year the crushing disappointment ends?

We dive into Cleveland’s draft class and begin to identify exactly what could make the 2020 draft class special. There are some issues on this team and failing to meet expectations has become a yearly tradition, but decades of heartbreak is now set to end. If the Browns’ newest players live up to their abilities, we explain how this draft can change everything for the city.

America’s Team has proven to be one of its biggest disappointments since one of the NFL’s greatest dynasties ended. A change in the coaching staff could be just what the Cowboys needed to turn things around, but Jerry Jones needed an incredible draft for this team to make noise.

The guys dive into what makes this year’s draft class potentially so special for Dallas. In a credit to Jones and the moves made from his yacht, the pieces might finally be in place for the Cowboys to meet massive expectations in 2020. In fact, the possibilities for this team could go even higher than a playoff appearance.